8U Black Champions of the Beach

It is finally here, opening weekend of the 2020-2021 CBHL Season.  After dealing with so much through the Spring, Summer, and Fall, some sense of normality has returned to the hockey universe!  Bulldog Nation had a FANTASTIC opening weekend to include a trophy and team medals coming back to Western Maryland, specifically Hub City.

Keep selling those tickets!  This is a fantastic opportunity to help HYHA and ultimately the community, in providing the experience of youth hockey to a few families who would otherwise be excluded due to finances.  We have decided to do a club wide fundraiser to raise $4000, the approximate cost for 2 full season registration fees at the highest level, currently we have only raised $2,149.  The fundraiser is called CharityMania. Here is the website to our fundraising page: https://www.charitymania.com/give/ca01a.  What we ask of the membership; Sell 5 tickets/family @ $10 per ticket - that's it!  For every ticket sold, we retain 70% of the price.  Each ticket is worth one entry in 10 consecutive weeks, ultimately giving you the chance to win 10 times with each ticket!

Tickets may still be sold but they will now only be good for 9 weeks instead of the full 10 weeks.  Again, if you win just one week, you will more than pay for the entire ticket.  So keep selling those tickets!

November 29th - final tickets can be sold (note - game cards not eligible any week prior to activation but are eligible for remaining weeks and the grand prize).

The best part, you have a 1 in 17 chance of winning!  Jenn will have paper tickets to hand out to each team, but family and friends are welcome to also order online at the link provided above (they can pay online and receive an electronic ticket to print out).  POC:  Jenn Dankmeyer; gm@hagerstownhockey.com or Melanie McClanathan; secretary@hagerstownhockey.com

Founded in 2014 in Ashburn, VA, The October Saves Goalie Challenge is a 501 (c) (3) organization that began in 2014 when a group of 28 goalies in the Ashburn Xtreme Hockey Club wanted to find a way to support their mothers, grandmothers, family & friends who were fighting cancer. Goalies collect pledges & donations for every save that they make in the month of October. Over $800,000 has been raised through 90,000 saves. Visit www.octobersaves.org or follow along on Instagram @octobersaves or Facebook for more information.  This season, due to Covid-19, it will be a little different than last season, so please go to the website for more information.

Bulldog Goalies, please sign up for "October Saves".  This is a fantastic fundraiser for the "Fight Against Cancer".  It is FREE to register and entire teams can come together and fundraise for their goalies!  There are National, Regional, and Bulldog prizes for top fundraisers.  Dawg Shop Prizes will be given out to 1st ($25), 2nd ($15), and 3rd ($10) place based on total donation money raised.

16U UA Start the Season Strong

Saturday, the Bulldogs took on the Navy Rams at HISC and scored at 4 minutes and 31 seconds in the 1st period and never looked back.  The offense dominated their zone with 8 goals on 33 shots while the defense held the Rams to 4 shots the entire game and none in the third period goal in the third period.  Finding the scoresheet were; Blanchard (2g, 1a), Joyce (2g), Jenks (1g, 2a), Schulman, Noll, and Moore all (1g), and Knutson, Schoenberg, and Briscoe all with (1a).  Rosa swatted away all 4 goals faced between the pipes.

Sunday the Dawgs started their CBHL season by taking on the Southern Maryland Sabres.  With both teams having very successful preseasons, this regular season home opener for the Bulldogs had a lot of hype and the Sabres struck first with a goal from the blue line half way through the first period.  Bulldogs answered a minute and two seconds later evening the game back up at 1.  Early in the second period, Sabres took the lead again on a short-handed goal.  Bulldogs shook it off and netted another goal evened up the game at 2.  Before the end of the second period the Bulldogs put in another goal to take the lead and never look back.  The young Ville Schoenberg, who recently moved up from 14U, scored his first goal at 16U and put the icing on the cake scoring his second his next shift out.  Scoring their first points of the CBHL season were; Schoenberg (2g), Noll and Jenks (1g, 1a), Hill (1g), Schulman (3a and playmaker award), and Moore, Joyce, and Briscoe all chipping in (1a).  Ciucci was solid in net and stopped 16 of 18 shots faced.

16U LA Start the CBHL Season with a WIN!

16U LA started the CBHL season by traveling to Piney Orchard to take on the Jr Black Bears.  The Dawgs came out firing on all cylinders by utilizing all the skills they refined during the extended pre-season.  When the final buzzer sounded, the Dawgs sent the Black Bears into hibernation by a score of 11-1.  Find the scoresheet to start the season were; Veilleux (3g, 3a), Stafford (2g, 1a), N. Lathwell (2g, 1a), Smith (1g, 2a), Stoner and J. Lathwell (1g, 1a) each, Johnson (1g), and Timberlake and Gochenauer (1a) each.  Kuntz was a beast between the pipes and stopped 7 of 8 shots faced in the contest.

Saturday evening, instead of Trick or Treating, the 14U LA Dawgs, in a “Battle of Western Maryland”, took on the Frederick Freeze.  Games against the Freeze are always hard fought and have an extra sense of competiveness but Saturday night our Dawgs came to play and make a statement.  When the final horn sounded the Dawgs had shutout the Freeze 3-0.  Starting the season on the scoresheet were; Arnoult (1g, 1a), Cleary and Welsh (1g) each, and Beam with (1a).  Zeoli-Luisi was a freak in net and came away with the 28 save shutout.

Saturday evening the 12U started their CBHL season at HISC by taking on rival Howard Huskies.  Our Dawgs came out ready to play and skate as a team.  The Dawgs scored at will while the blueline and goalie stopped just about everything that came into the zone.  When the final horn sounded our Dawgs won the dogfight coming away with a 6-1 win.  Scoring points on Halloween were; Kochel (2g, 1a), Aird (2g), Marker (1g, 2a), Barr (1g), and Face and Plastere (1a) each.  Morgan was solid in net but shots were not recorded.

Sunday our 12U UA Dawgs were at home again but this time to take on the Tri-City Eagles.  Our Dawgs scored early and often which lead to the 9-0 shutout.  O. Witt lead all scorers with a Hattie and two assists.  Other finding the scoresheet were; Barr (2g, 2a), Face (1g, 2a), C. Witt (1g, 1a), Aird and Schoenborg (1g) each, and Everhart with (1a).  Williams was between the pipes and earned the 13 save shutout to start his season.

10U LA hold off Frederick for the win

The Bulldogs traveled to Frederick to open league play.  After a scoreless 1st period, Bulldogs struck first.  Frederick tied it up with 3 min left in the 2nd to a 1-1 tie heading into the 3rd period.  Our Bulldogs showed some grit, won the puck battles and netted the next 3 goals.  Frederick didn't back down and slipped 2 goals within the last 5 minutes to a 4-3 score.  A final flurry by Frederick in front of the Bulldog net was stopped with outstanding goaltending and defense.  Leyton Parry earned the Hard Worker Bone for his tremendous work in net.  Next week 10U LA plays Montgomery in their home opener

Both of our 8U Dawgs teams traveled to Ocean City, Maryland for the Annual Mite Beach Bash.  This fantastic skill developing Mites Tournament is always fun early get away and taste of travel hockey for the 8U teams.  Both of our teams showed extremely well, with our 8U Black Team bringing home the Championship trophy!  Both teams should be very proud of their weekend, where they showed that their skills are continuing to develop and they are progressing as players and as teams on and off the ice.

o Seeking Sponsors:  Bulldog Nation is seeking Club and Team sponsors.  Sponsors will receive premium add space on the Club or a team page, will receive recognition throughout the season and at the Bulldog Banquet at the end of the season.  Funds raised from sponsors will be applied to minimize ice costs, uniforms for new HYHA players, as well as scholarships for families in need.  If you have questions or have a local company that would like to be a Club or team sponsor, please contact Chris at: pr@hagerstownhockey.com.

o Don’t forget to consider registering your Amazon account with Amazon Smile and help Hagerstown Youth Hockey Association (Bulldog Nation) continue to grow.  This is FREE money that can be sent to the club, after each purchase.  Money received from Amazon Smile will help offset rising ice costs and provide new uniforms to new members to the club.

Amazon Smile is a simple and automatic way for you to support your favorite charitable organization every time you shop, at no cost to you. When you shop at smile.amazon.com, you’ll find the exact same low prices, vast selection and convenient shopping experience as Amazon.com, with the added bonus that Amazon will donate a portion of the purchase price to Bulldog Nation.

Please follow the link below which can help answer any questions you may have and will also help you link your current Amazon account to Amazon Smile and ultimately help give back to Bulldog Nation!

o The Dawg Shop is open for business and there is LOTS of good “Spirit Wear” to be had.  Bulldog Nation has the sharpest color scheme in the CBHL and it is never too late to add to your closet for spirit wear for tournaments, showcases, and games.  Don’t wait too late to make orders, the holidays are just around the corner!  So what are you waiting for?  Go to the Dawg Shop and grab that Bulldog Nation gear now at: https://teamlocker.squadlocker.com/#/lockers/hagerstown-bulldogs-1

o Reminder all past “Weekly Bark” editions may be found under the “More+” tab on the HYHA website.

Please direct any questions about practice schedule to your Head Coach or Team Manager.

Click to buy tickets or find out more on how to support Youth Hockey Scholarships for players of disadvantaged families.

Please use this link to find out the most up to date rink Covid-19 protocols in the CBHL area.

HYHA is proud to announce that for the 2020-2021 season, Defending The Crease will be Bulldog Nation's Official Goalie Training Partner. 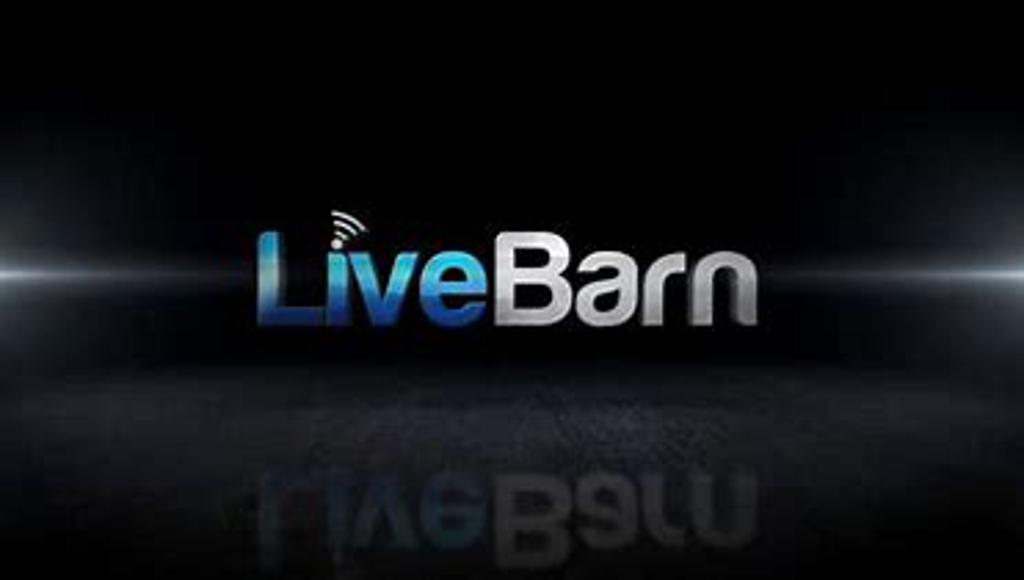 Don't miss a second of the game this season at rink! Use (Promo Code: 7d15-e1b0) to link your account to Hagerstown Ice and Sports Complex.

Just wanted to share what my son told me today. He played as the Firebirds goalie during our game Saturday morning.  I asked him how he enjoyed the tournament.  He said that the Hagerstown team was really nice. I asked him why and he said that your players always said something positive to him after he made a play.

I always try to remind him that the players on the other team are kids just like him, trying to learn, have fun and get better. Thank your coaches for the sportsmanship and positive comments displayed by your kids.

Lancaster Firebird Parent 12U B

Bulldogs Black 8U played in a league jamboree against Reston 2, Ashburn & Reston 1. The boys were on fire with good… https://t.co/3rFsi0oZQU 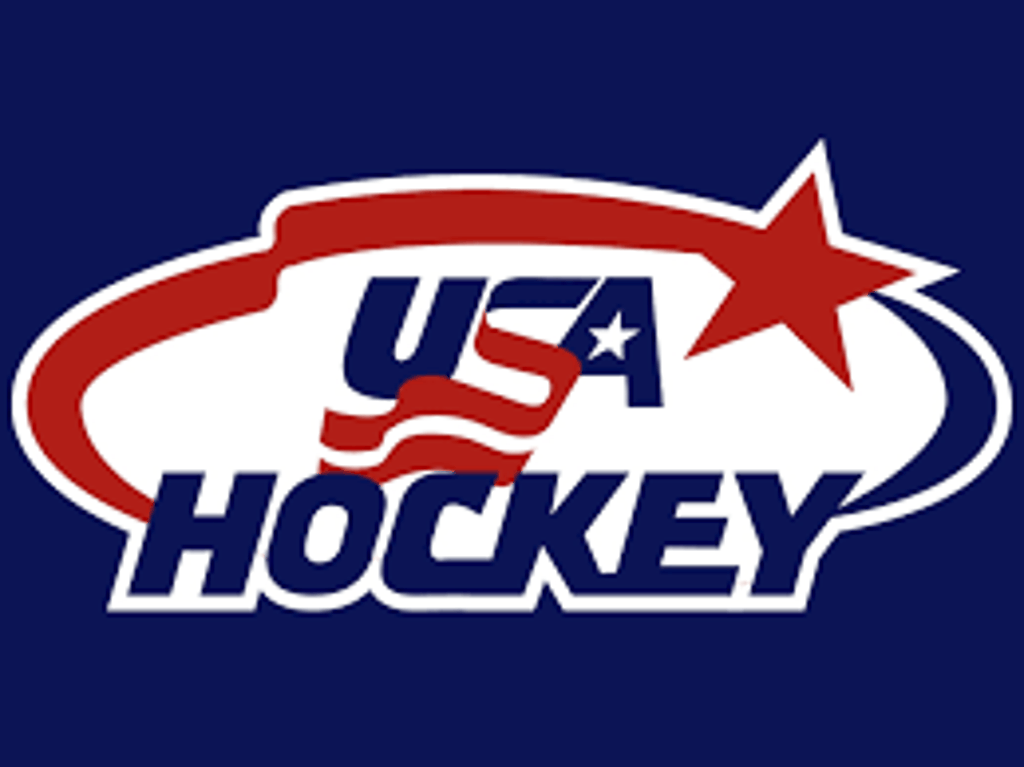 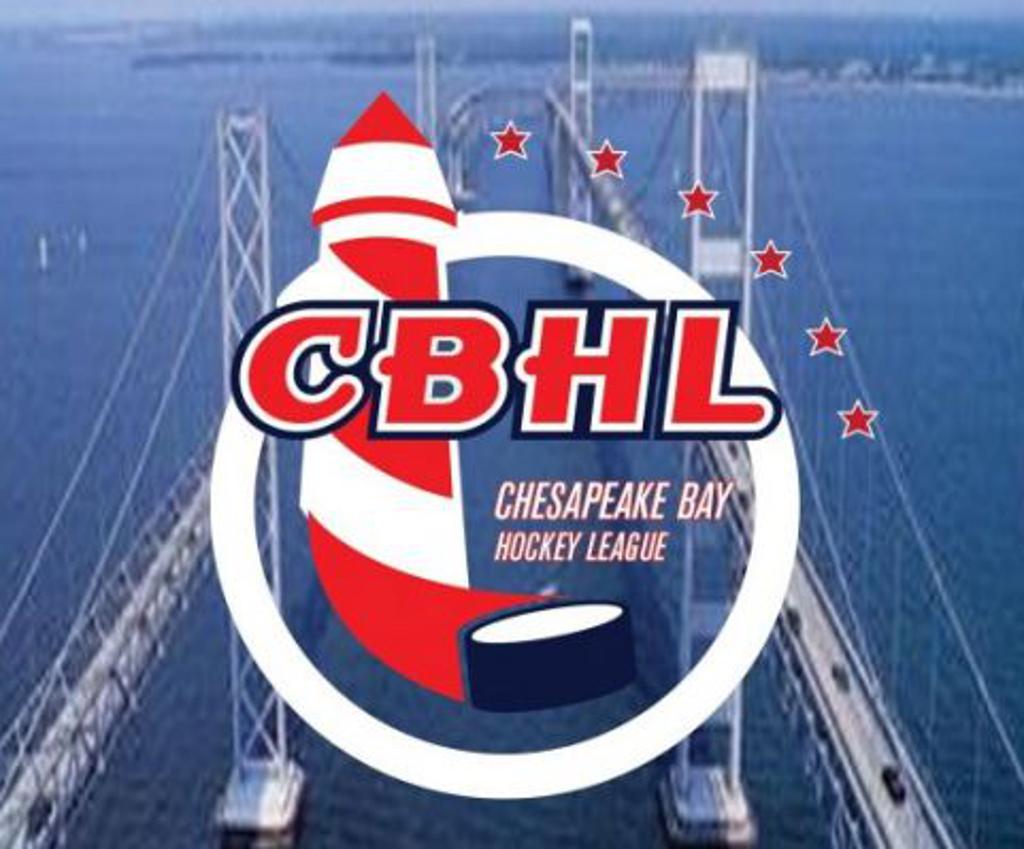 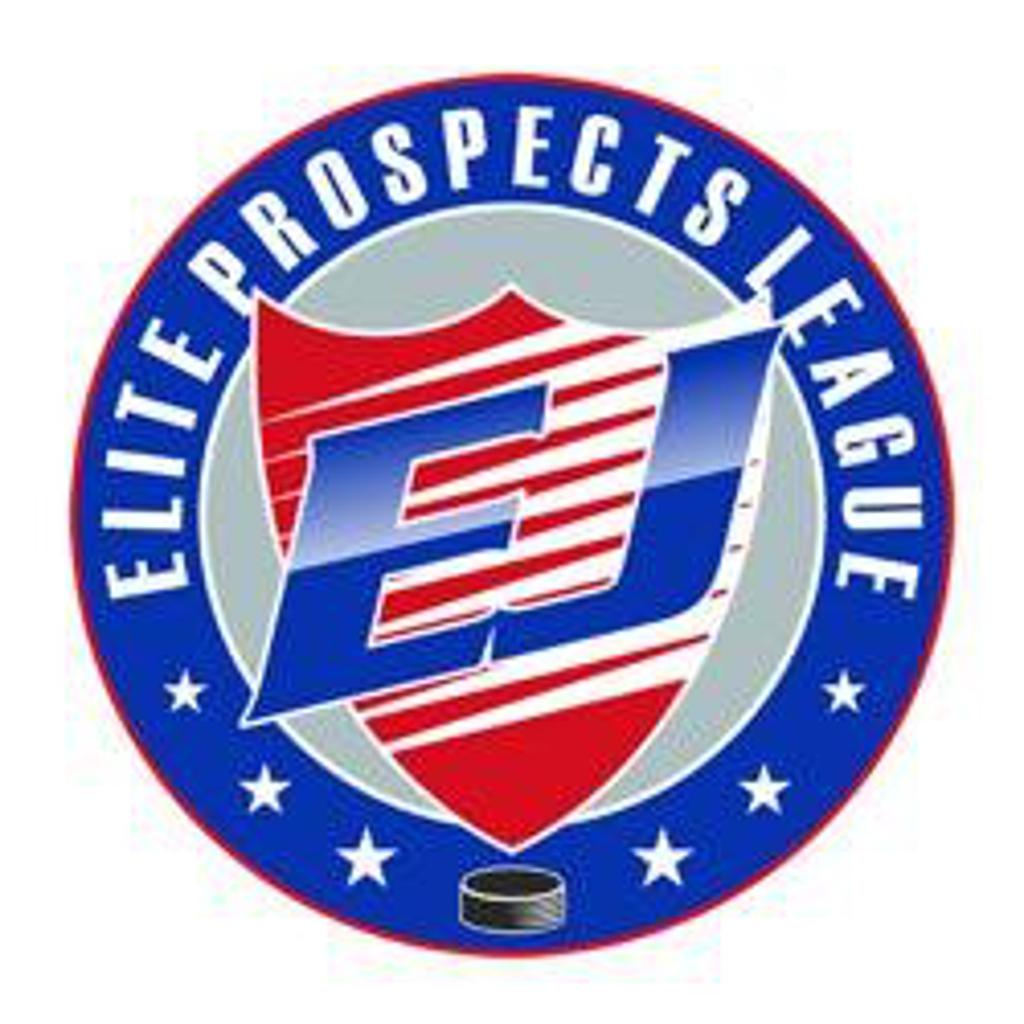 Your donations are most welcome!